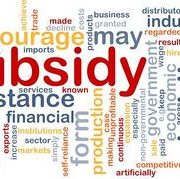 
There are guidelines for scheme where nothing available on record which suggest that financial assistance can’t be granted for certification process undertaken for Kosher or Halal.  Ultimately these certifications are going to support export from India. Exporter feels initial difficulty as there is always first small order, of course this will be proceeded by big one. But initial kosher certification cost many times make it non-viable and exporter feel themselves helpless.

APEDA member need to take strongly this with concern authority. Take example today India is largest producer of milk and can export milk powder and related products to USA but surprisingly Kosher milk is not available in India. Resulting by products of milk like cream, cheese or paneer also can’t be certified kosher.  Amul, India’s largest producer of milk could not proceeding to avail certificate due cost factor as certifying milk will require supervision also which makes it costly affair. 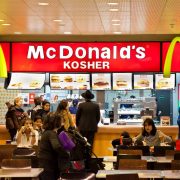 Although Kosher Certification is now century old concept but in India, organizations taking Kosher Certificate are very few. Kosher certified food is not consumed in India but exported outside India in developed countries like USA, Canada, U.K. Israel ect.  Now focus has been enhanced not just religion but also health consciousness.  As Kosher Certified food  is termed to be good for health.

Main hurdle in taking kosher certificate, organizations feels that their order book is small and their initial margin is wiped off by cost of kosher certificate. Here we can say that such cost should be viewed in long run instead of considering it with first or few order. It ultimately enhance the someone brand value and fetch better price compared to non-kosher product. Its create goodwill for the organization and help to increase the sale.

Around the world there are more than 1400 Kosher certifying agencies varying form age out of them around 30 are active in India. There is no accreditation system  for Kosher Certification agencies working in India. As far as big old agencies are concern they command good reputation but it does not mean that there is no value of other’s someone should see how ethical standard they are following. To save cost some organization demand that as their form is approved that’s why they don’t want visit. This is really funny thing and against Kashrut practice and should not be allowed to followed as Kosher certification is not talks about ingredients but also equipment’s, their handling for non-kosher product and complete  process also.

In India Rabbi generally visit out of India as low base of business in India. Some agencies rely on the representative’s visit which makes cost of certification viable for small and medium enterprises (SME).

Period of certification vary from firm to firm, which may varies 10 days to 30 days from initial  advance payment if no rectification is required after final inspection. If some correction at production facility is required time required will depend on the time taken on such corrections.

In India Kosher milk is not available as to milk to be Kosher it just not need to be from kosher animal but also supervision factors comes which is makes it costly and nobody is taking challenge to observe this cost yet. This takes difficult to make milk derivative/by product to be kosher certified. Similar position is coming substantially coming for meat as Michigan appearance is require as butcher and supervision. 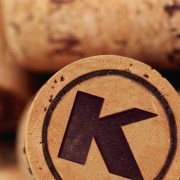 When it comes to kosher, lots of people wonder: Why does that need certification? Some certifications seem nonsensical, like those for water, or soap. And what about single ingredient items, like 100% orange juice. How could it not be kosher? Those questions aside (though answers from readers would be most welcome), a recent press release from the Hindu society about a hidden ingredient in some Kellogg’s cereals made us realize that kosher certification, for those who seek to be kosher observant, is invaluable.

According to Rajan Zed, a Hindu cleric based in Nevada, Hindus that eat certain Kellogg’s cereals have for decades unknowingly been consuming a verboten food. It turns out, according to Zed, that Pop Tars, Rice Krispies Treats cereal and Frosted Mini-Wheats cereal all contain a gelatin derived from beef. Many Hindus do not consume beef, as the cow is a sacred deity in the Hindu faith.

Imagine the shock and upset that practicing Hindus would have felt when they found this out? It reminds of scandals within the charedi community where non-kosher meat was being sold (in some cases by fellow charedi Jews) to unsuspecting clientele.

While kosher-observant American Jews used to rely heavily on ingredient reading — as do, to this day, many Jews living overseas — today people tend to seek out a symbol, and there are hundreds to choose from. Perhaps there are too many, and perhaps some foods are certified that really don’t need it (again, water?), but with food production being so complex and driven by processes rather than single ingredients, it seems that if you truly care about keeping kosher, that symbol is all important.